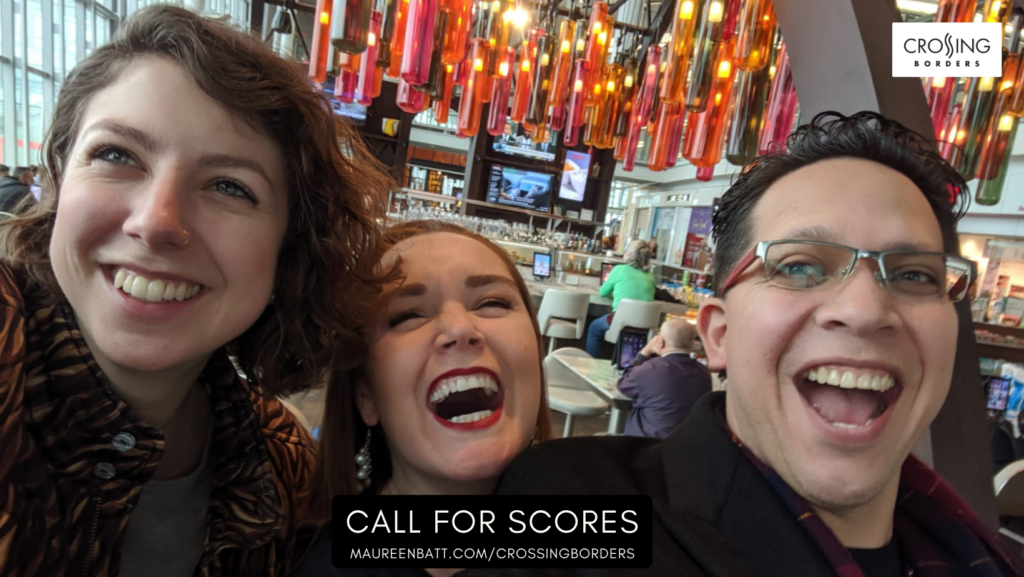 There is no age, gender, or nationality restriction on this call.

Scores selected for performance will be purchased (submitted scores via email are for perusal only).

Crossing Borders: Vertical Labyrinth
World première
Maureen Batt, soprano
The Halifax Camerata Singers
Jeff Joudrey, Artistic Director
Composed by Amy Brandon
Poetry by Nela Rio
Poetry translation by Hugh Hazelton and Sophie M. Lavoie
Tickets are pay-what-you-want and can be accessed here via Side Door
Vertical Labyrinth Program
This piece was originally programmed on Crossing Borders: Shifting the Lens* which aired December 8. The entire program, including this piece, has been supported by Arts Nova Scotia, Music Nova Scotia, and FACTOR. The commission was supported by the Canada Council for the Arts. Please join us for this 30 minute virtual concert on Monday, June 27 at 7:30pm.

In Shifting the Lens and Vertical Labyrinth, we explore the richness found in the layers of blurred timelines, where our art and our voices connect us across dimensions. Works on this program shift the perspective of our current world while honouring people and poetry from the past. 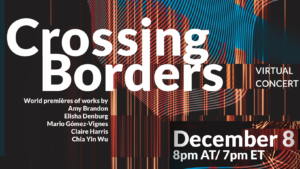 In Crossing Borders: Shifting the Lens, we want to explore the richness found in the layers of blurred timelines, where our art and our voices connect us across dimensions. Works on this program shift the perspective of our current world while honouring people and poetry from the past.

*Please note that Amy Brandon’s piece with Maureen and the Halifax Camerata Singers has been postponed to 2022 due to illness. Anyone purchasing a ticket to this concert will have access to the performance — please choose the option to share your email when purchasing a ticket and/or use the contact page to email for access to this 2022 première. 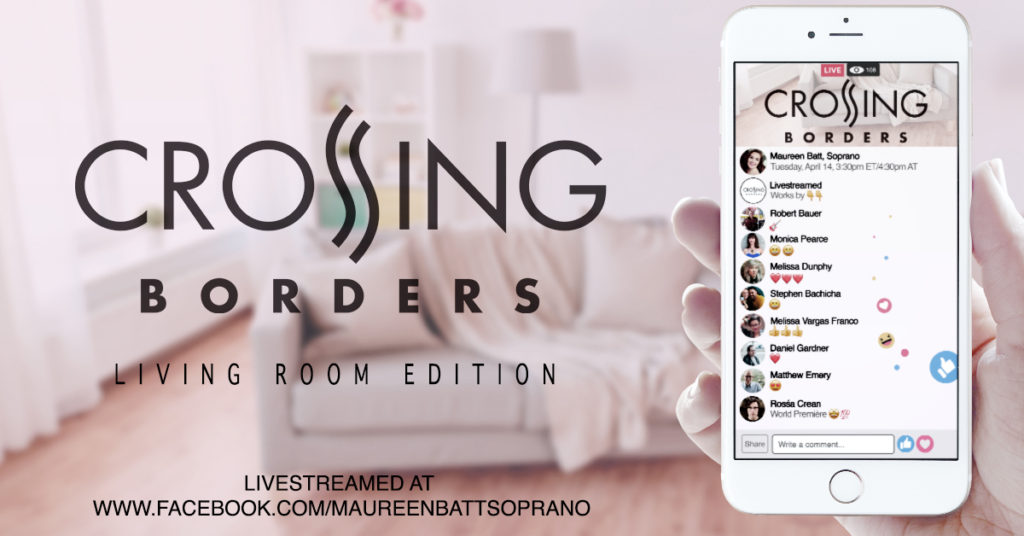 Program notes, song texts, and composer information will be emailed to you before the concert. Buy a ticket to ensure the program is emailed to you.

The concert is part of the recital series Crossing Borders, which puts Canadian music together and in dialogue with music from other countries. The series pushes geographical, musical, and metaphorical thresholds. With sounds of ice crackling, to dreaming of blissful sun basking, to contemplating a blurred reality, this program of living classical contemporary composers explores themes of compassion, isolation, and joy.

Crossing Borders is a concert series founded by Batt in 2014 that features contemporary music by living Canadian composers and musical artists from around the world. With themes of compassion, contemplation, beauty, loneliness, darkness, healing, and warmth, the pieces presented in this series mirror both modern societal views and ancient cultural contexts through the lenses of humour, hope, and nostalgia.

The most recent event (April 14, 2020) was Crossing Borders: Living Room Edition, a livestreamed concert featuring works for solo soprano and soprano and electronics.

One of the cycles that Crossing Borders commissioned and premièred 2018, Breathing in the Shadows (Saman Shahi) was released on a commercial album in September 2020 on Leaf Music’s label, with support from Toronto Arts Council, Ontario Arts Council, and Canada Council for the Arts.

Previous calls for scores can be found here, here, and here for reference. If you want to discuss commissioning, please feel free to get in touch. You can also find posts about Crossing Borders on my site here.